Orphanage, foster homes, a new family, law school, theatre and lunches for US presidents – a life story of a Ukrainian Romani, Maksym

Maksym has not known his biological parents since he was born. He tried to find them for a very long time to no avail. Thanks to an educational orphanage he found a new family that helped him forge his own path in life.

We met up with Maksym in Perechyn last summer. He again came here for a couple of weeks to visit his nearest and dearest. He has been living and working in the USA for the last 10 years. Maksym learned about it later, when at the age of 16 he decided to find his parents, or to at least find out who they were. Unfortunately, his attempts did not bear fruit.

Maksym learned about his childhood from female employees of the orphanage where he grew up.

“From 1 to 5 grade of the Perechyn educational orphanage I was a bad schoolboy. I was so bad that I even got myself into fights with teachers. Then Iryna Ivanivna Sudakova started teaching at the orphanage. She brought an accordion with her. She was a music teacher”, says Maksym, as if hinting at the fact that this occurrence changes his life.

A new family for the foster child

That event did change his life. Maksym has shown a knack for creativity since he was a kid. He liked singing and dancing. He would easily learn poems and lyrics by heart. Maksym’s new music teacher took notice of this aptitude of his.

“I grew attached to Iryna Ivanivna. My recollection is so vivid; I still remember her inviting us to her home to sing Christmas carols. We had learned some of them during our lessons at the orphanage. At her home I got acquainted with her husband, uncle Vitya. She then offered me to come to her home every weekend, just like a member of her family. I was not the only one from the orphanage whom Iryna Ivanivna would not only invite into her home, but also into her family. She became my real mother, though not biological. I still call her mom. I call uncle Vitya my dad. Their children are my brothers and sisters. This is my family’, says Maksym.

At first, he did not have any big plans for the future. Having finished the educational orphanages in Perechyn and Velykyi Bereznyi and acquired the profession of a car mechanic, Maksym started pursuing it without much success.

“One day Iryna Ivanivna told me I should try to go to college. At the orphanage I mostly got Cs, so I was not a hopeless schoolboy. I remember my mom testing my knowledge of Ukrainian and other subjects. We then decided I should try to pass the entrance exams to the law department of the Uzhhorod national university, which I did’, says Maksym. A career in law of the schoolboy from the orphanage

When he was a student he started making a little extra money by providing legal advice to other representatives of the Romani people, especially the folks from the orphanage where he grew up. At that time Maksym hit upon the idea to set up an organization that would deal with these issues. Following advice of one of his family’s friends, Andriy Vyshniak (who at that time had already gained much experience in welfare work), Maksym established a charitable foundation ‘Opika’. Soon he started conceiving projects that were to be implemented:

“Our foundation would deal with the issues regarding the Romani people, of course. Moreover, all the ideas of its activities came from my life, since I had been active in helping orphans adapt themselves to the life outside the orphanage. This need was real. Take, for example, cooking skills. No one of those who come out of the orphanage can cook. How can one live without this skill? Thus, we implemented a project that implied teaching children from the orphanage how to cook. I took those courses myself. Within the framework of another project children learned housekeeping and how to grow vegetables. We built a small farm, we had our own tractor. We all learned how to grow potatoes, cucumbers, tomatoes”. After graduation one of Maksym’s teachers offered him to do an audition at the Zakarpattian oblast drama theatre. The theater’s management was actively recruiting people at that period.

“Liliya Kostiantynivna Usata, do I have to do an audition? No problem! I will!” That’s what I said to my teacher, when she called me with that offer. I did the audition, so the following 10 years I worked as an actor at our theater”, says Maksym.

On the stage he met his wife. Sheila Slamp came to Perechyn as a Peace Corps volunteer. She happened to see Maksym on the stage of the local cultural center as soon as she arrived.

“I remember Sheila sitting in the hall. She laughed the hardest at what she saw on the stage. I did not speak a word in English back then. But after the performance we went for dinner together. I was later told that at the dinner Sheila said she would want to live her life with someone who could make her laugh and she would want to die laughing. Next time I saw her at my mom’s birthday party. After the party I was the one who offered Sheila to walk her home, to the family where she was staying. From that day on we started dating. At some point later we moved together in Perechyn”, says Maksym 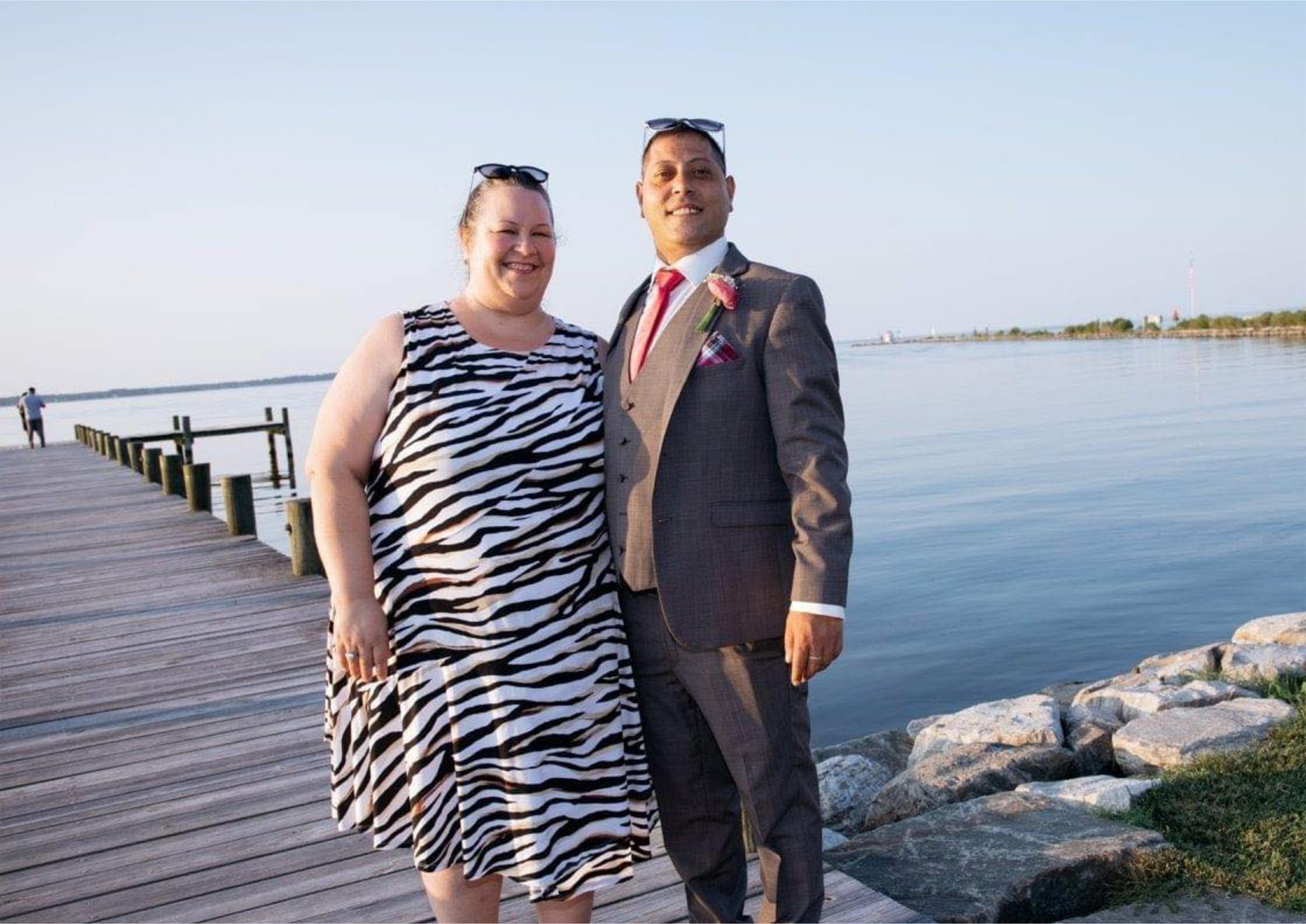 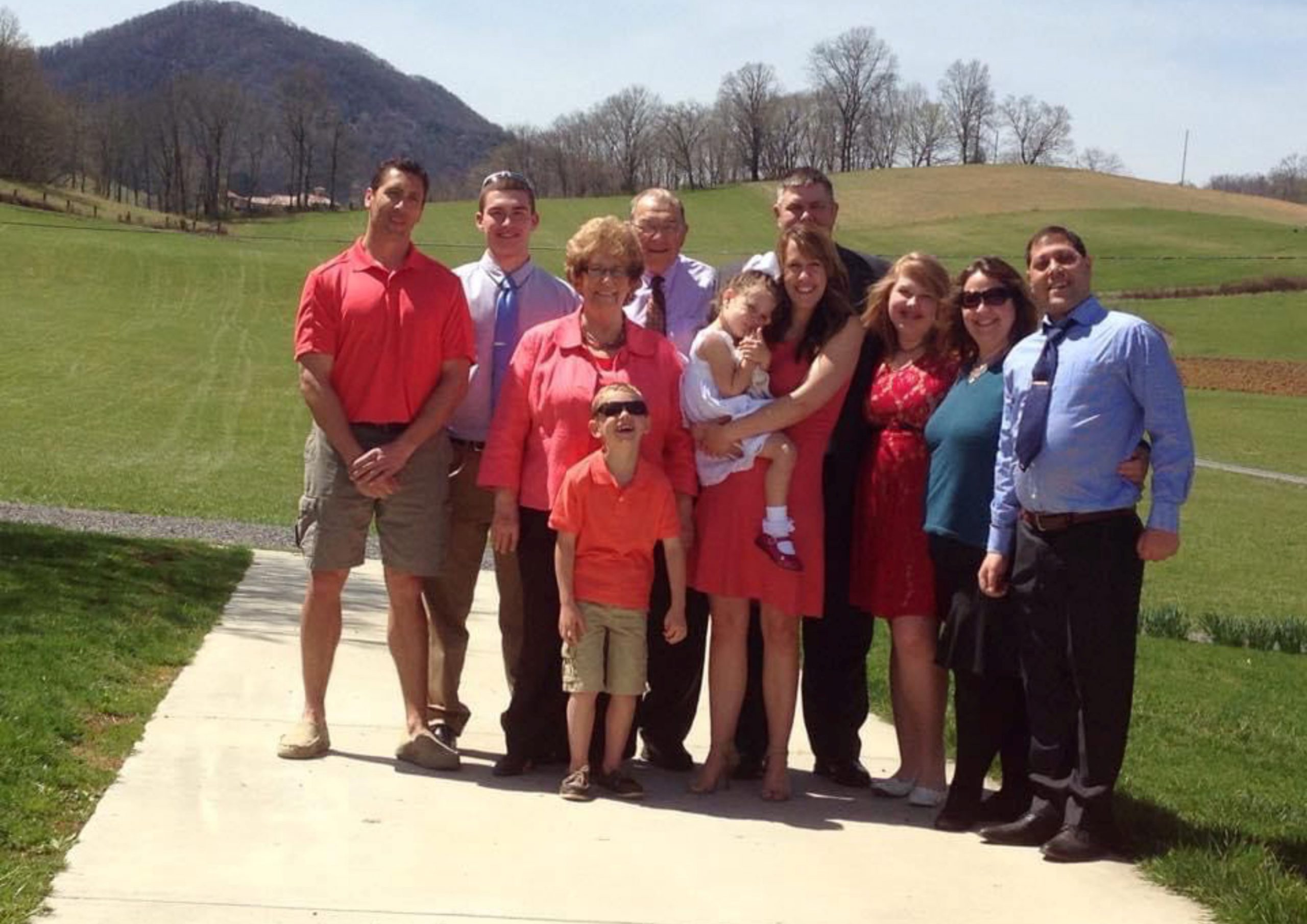 Moving to the USA

10 years ago Maksym and Sheila decided to get married and moved to the USA.

“I have to admit that I was not planning to move there. My first several months in the USA were a complete nightmare. I found it hard adapting myself to the life there. Sheila’s grandma was teaching me English. She was a teacher at a nursery school. I spent another several years learning English at a school for immigrants. Now we live in Washington. I work at a Ukrainian school, teaching kids choreography.” says Maksym.

Apart from that, Maksym works as a sous chef at the Carlos Rosario International Charter School for Adult Immigrants. It was there that he acquired his profession. Moreover, being the best student of his class, Maksym was offered to cook lunch for 4 Presidents of the USA who visited the school while he was a student there.

About 10% of his monthly income (about 10 thousand UAH), Maksym has been sending to the charitable foundation ‘Opika’ that he founded in order to help foster children. 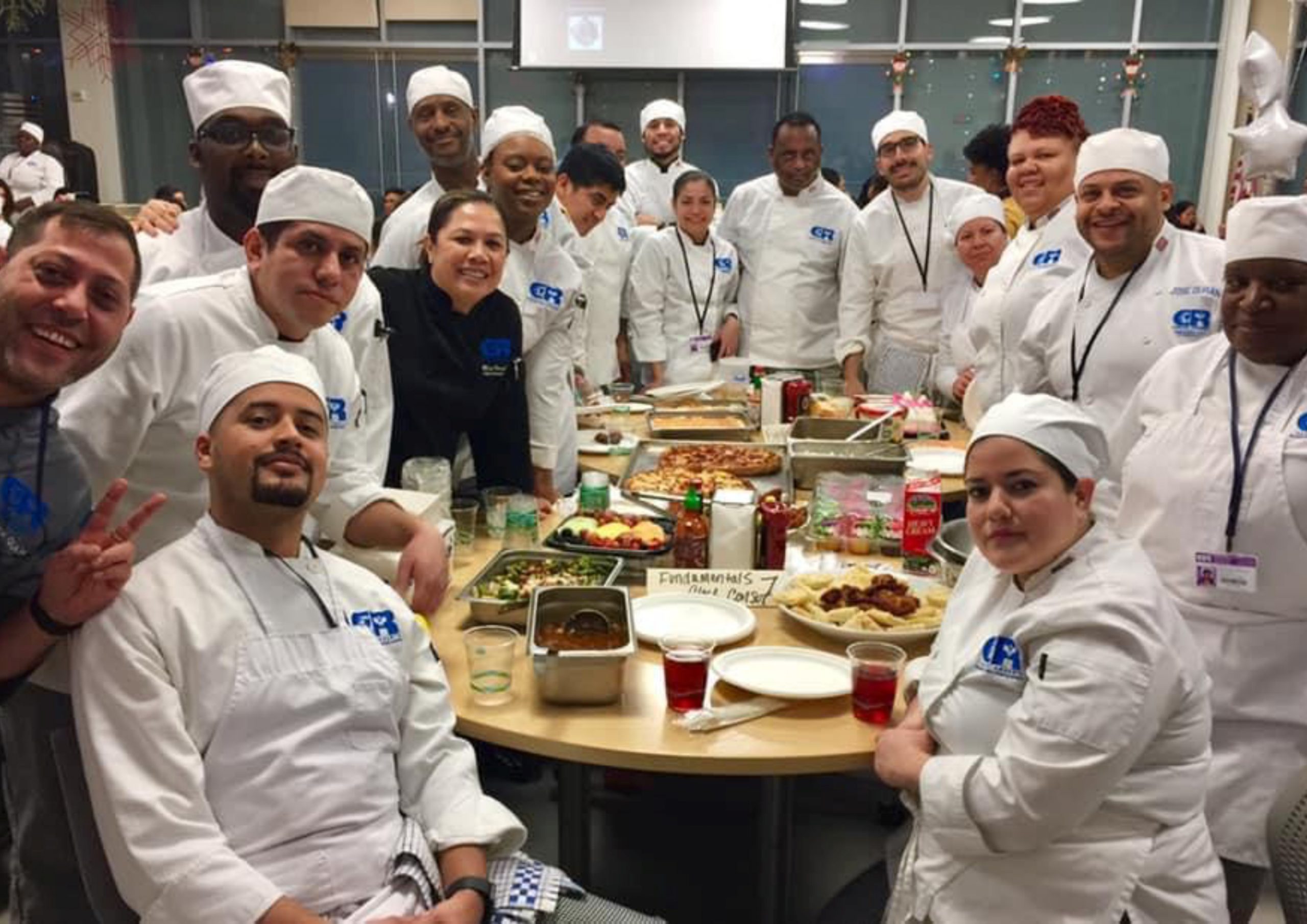 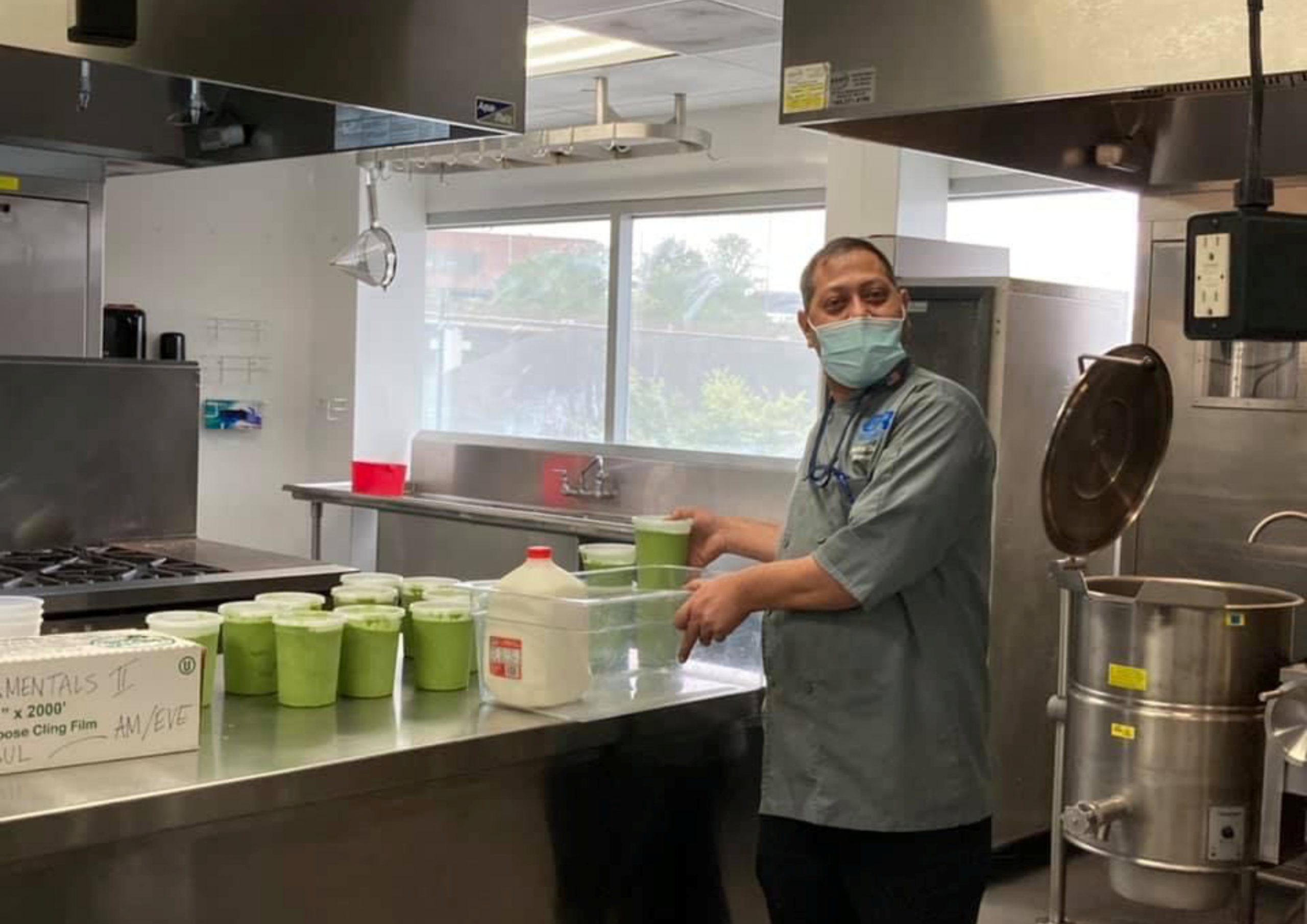 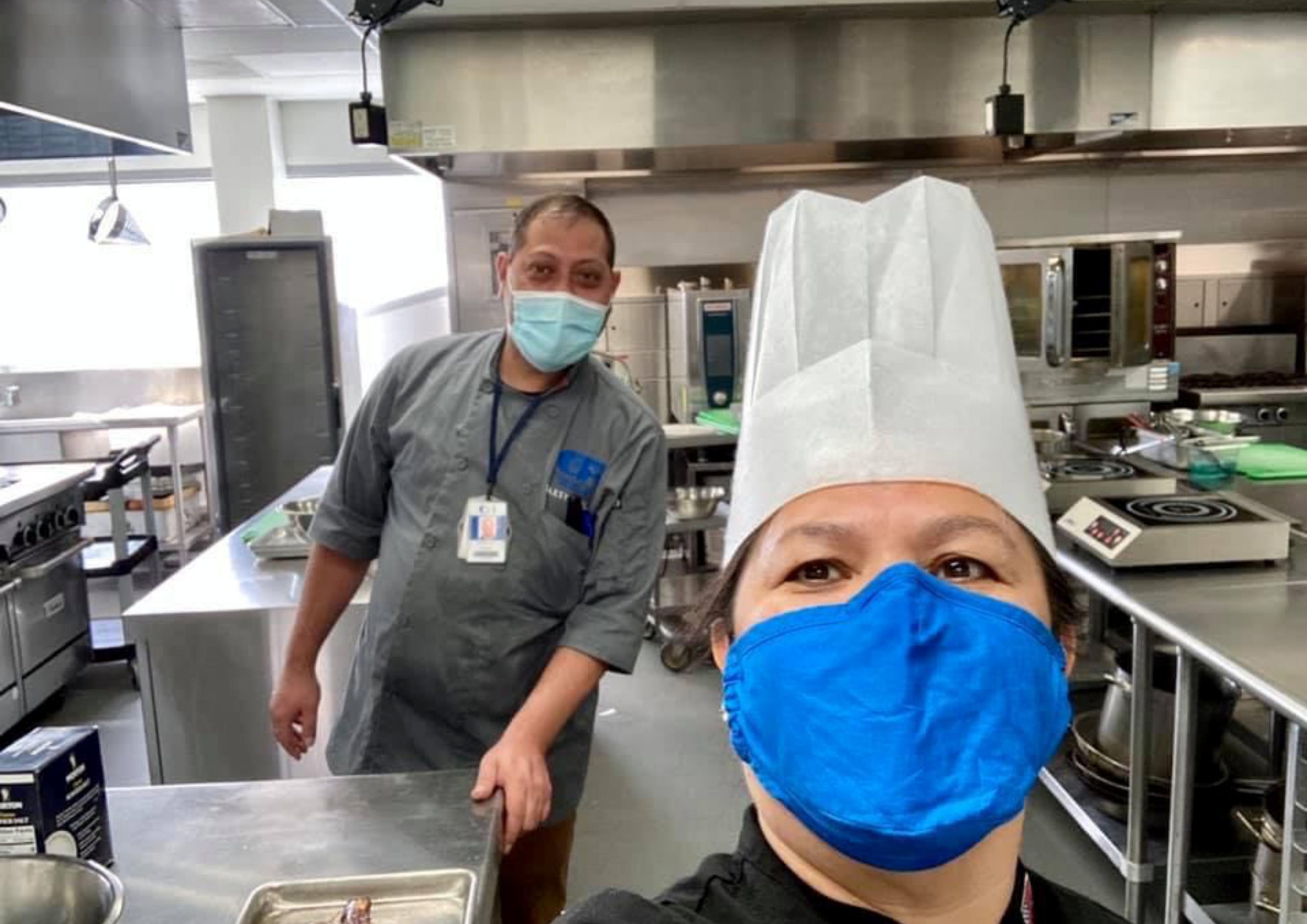 After the war broke out, Maksym, his wife and his friends have been helping the Ukrainian army for all these 7 years.

“The thing I am best at is crowd funding. We cook the Ukrainian borscht. We love doing that and we know how to do that. I won’t tell you how much money we donate to the army, but I can say that we are and will be helping it”.

Today Maksym speaks fluent English. He also speaks perfect Ukrainian, which is a bit untypical. Although he has now settled down in the USA, he annually spends nearly a month in Zakarpattia, visiting his family. He says he misses them and that nothing in the whole world will replace the communication with his nearest and dearest.

*** This material has won the journalist competition supported by the Romani program of the International Renaissance Foundation.